Before talking seriously about tools for mobile app testing, we’d like to ask you a simple question. How many apps do you have on your smartphone? We’d bet the number exceeds 20. Among them, there are applications for business purposes only, there are those we use for entertainment, and then others that help us communicate…with others, or order different products and services. Of course, many of us also have apps that are our favourites, and others that we only use in the event of an urgent need. It’s likely that our favorites are the ones that have been tested and debugged to perfection – resulting in a now perfect and precise working application.

Mobile applications are actually not as simple to create, as they seem. All the average user normally notices is only the beautifully designed intuitive UI, but we know that there is so much hard work behind it. Well-developed mobile applications should be fast, safe, and clear with very limited hardware possibilities. What is more, they ought to look equally as great on different devices and endure an extreme level of competition. There is only one thing that can help developers here – the frequent checking of an app’s usability, functionality, and consistency.

Mobile app quality assurance can be a challenging process, as it involves numerous possible pitfalls. For that reason, we require really useful mobile app performance testing tools. They help run the most time-consuming processes, such as cataloging, searching, and combining necessary data. This is how developers will be able to find and correct problems in their products. It’s actually crucial that special tools for mobile application testing do not perform the job alone. It is a skilled hand that can improve the technology, but all such hands, however skillful, need help from machines. In this article, we will provide you with an insight into all the major mobile app testing tools, as well as strategies and necessary procedures involved.

One shouldn’t underestimate the importance of the mobile application testing process, because it may save developers many hours of bug fixing later on. Any app ought to do what it’s meant to under any circumstances, and only numerous tests can prepare it for ideal performance.

One should understand that the average user will use the app like any of us would. We run our favorite apps on different networks and devices, start them offline or suddenly close them during use. Without being tested in each of these scenarios, your app may crash or slow down entirely. Thorough examining will help developers understand whether their program is fast and intuitive enough, has clear and pleasant navigation, looks good on any gadget and makes its customers happy.

There are a great number of ways to have your app tested. Some of them help you understand if it is easy to use by looking at interface, usability, and performance. Others, like compatibility check, show the capacity to work on various devices. Finally, you shouldn’t forget about operational and security testing, which will mark an app’s capability to perform recoveries and protect its data in case of sudden shutdowns. It is said that, in future, all of these processes will become even more complex and challenging! Here, we will tell you more about the major types of mobile app examining procedures, which are necessary for strong performance of your app.

This type of evaluation is important for understanding whether the app can be installed and uninstalled seamlessly. If an installation fails, it may leave a user’s system damaged, which is definitely not the kind of first impression you’d like to produce. To avoid this, you need to test the installer thoroughly with both manual and automated procedures, on different devices with distinct configurations.

Our life hack here is to make images of the base configuration (let’s say, of each new OS) when you test it, which will save you time and effort. Moreover, you can use flow diagrams to run installation check with different test cases added. You may also try breaking the installation or uninstallation process deliberately during each step. Finally, we advise you to test the reboot option after a manual uninstall.

This is actually a rather complex procedure, which includes a check of design, ease of use, and overall level of user satisfaction. Usability level measurement should reveal whether an app is really what the user wants it to be (it’s similar to reading minds, we would say). This test shows if an app’s UI is simple to navigate and meets the needs of users. Usual methods to perform this process include:

After collecting the necessary data through any of these means, the development team can explore ways to improve the app’s usability and responsiveness.

This type of testing is necessary, in order to check the performance capabilities of the app while in use. It’s highly probable that your application will have to pass through different device challenges, which may include low battery power, changing Internet connection types (2G, 3G, or WiFi), transferring massive files, shortage of memory, etc. In the focus of performance examination there are usually application’s speed, scalability, and stability.

The most common types of it are:

Without conducting performance check, your app may suffer from such problems as running slow while several users use it simultaneously, or various discrepancies while using it on different OS.

This type of mobile app testing is inevitable these days, as people tend to run the same programs on many devices. It helps you estimate your app’s capacities on different browsers, screen sizes, and OS versions.

With the help of compatibility tests, you will see (and solve) all the possible problems that may occur when the same app is run on Firefox, Safari, and Chrome. These may even come up on iPhone and iPad versions of the same program! To avoid this, one should perform compatibility check on all possible devices and OS, or on the appropriate emulators.

Nowadays, even the simplest applications on your smartphone require a great deal of data storage, which helps them perform their tasks more quickly; however, most of this includes your personal information, which must be kept secure. To test the capacity of an app’s information system to protect user data, one should perform security check.

This is a process that shows you if the confidential data will stay secure, and confirms that users are only performing those actions they are authorized to. In order to understand this, a massive examination of all roles and rights ought to be run. According to Statista, security was estimated to be one of the most important areas of testing, as a massive check of all roles and rights ought to be run before launching any app. Usually, several different user accounts with multiple roles and access abilities are created for that purpose. Security check includes tests for password quality, default logins, logout functionality, security questions and answers, encryption of sensitive data, etc.

There are a bunch of various strategies developers can use to perform the above-mentioned steps. First of all, you can run them on emulators, although some experts don’t support this kind of app testing. Sometimes, however, this is the only available means, which can save lots of efforts and time for evaluating apps on actual devices, OS, and browsers with different configurations. So, emulators may really help both while developing and assessing the app; however, it is more efficient to involve actual gadgets and perform effective testing strategies on them (for example, A/B check).

This is a rather cheap and simple strategy, the only drawback being that it may be quite time-consuming, though we know it’s worth it when you see how great your app can look in the play stores, right? Analyze the traffic, feedback, and performance of different versions of your program’s functions and you’ll see that there is always room for improvement!

In this article, we offer you a list of testing tools for mobile apps, which are the most effective, according to the criteria we have mentioned above. We concentrate both on the iOS app testing tools and the ones for Android to meet your requirement list. We try to make our list of mobile application testing tools rather wide, so it includes nine positions – each of them being a really good example of the testing software.

TestComplete Mobile is a universal mobile application testing tool, as it works both for iOS and Android. This automated tool is used for checking all types of applications, and offers you the option to test them not only on actual devices, but also on virtual machines and emulators, which, as we have already mentioned, may save time and costs during development.

You see that you, as a developer, may completely rely on it. However, TestComplete Mobile also has significant disadvantages.

Calabash is another universal automated testing tool, which can help you manage all the possible problems with your hybrid and native apps on both iOS and Android. Unlike the more flexible TestComplete Mobile, Calabash is mostly created for running tests on actual devices. Actually, the device data of its developer, Xamarin, consists of more than 1,000 gadgets, so you have plenty to choose from.

Probably the most popular tool for mobile app testing, Appium has a great number of advantages.

Such a great selection of useful features has a flip side, though. Unlike Calabash, Appium has some issues with certain versions of the OS.

Unlike some other tools, Ranorex is a paid option; however, it offers many useful features for its cost.

On the other hand, Ranorex has a bunch of soft spots, too.

Its most harmful cons are absence of:

Disadvantages are not so critical.

However, SOASTA has some cons:

Now we come to the programs which only support either iOS or Android-based apps. They may be helpful when you know your target audience’s needs and aim precisely at creating an app for one of them. Among these iOS-based tools, TestFlight is regarded the best, as it is free for developers and possesses numerous advantages.

iOS UI Automation is one more iOS-based open source testing tool with tests written in JavaScript, adhering to an API defined by Apple. All of the tests can be run on physical devices as well as on emulators.

Let us switch to the Android-based tools, where one of the best automated testing tools is Robotium. This tool supports Android API level 8 and higher on both real devices and various emulators. It provides support for all application types and allows for the writing of function, system, and user acceptance test scenarios.

One of the most effective tools for Android app testing, Selendroid has a wide variety of advantages.

However, it still remains one of the best in its domain. For you to see all the pros and cons, we have prepared a comparison table of the above-mentioned testing tools for mobile applications: 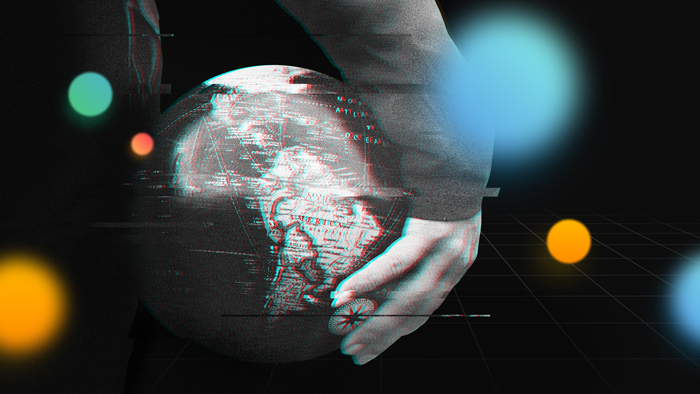 Scaling from Asia: How to Launch An Asian Product Onto Global Market

The title says it all: if you're ready to conquer the global market with your app or service already launched in Asia, check out our top 5 insights on this matter. 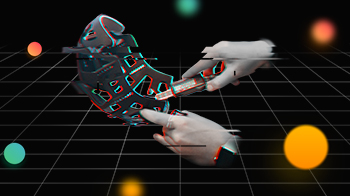 Independent Testing: What Is It and How It’s Done at EGO

Independent Testing is the best way to ensure the top quality of your app. Find out how it is different from QA and how it is applied at EGO. 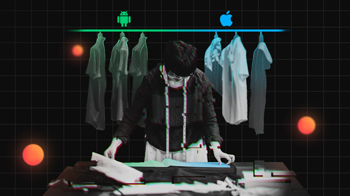 How to Convert iOS App to Android: An Essential Guide

It may seem that the question is only about the translation of code from Swift/Objective-C into Java/Kotlin, but there’s much more to that. Let’s take a closer look at this issue.