One of the reasons why people are afraid of mobile banking solutions is doubts about security. Indeed, news about personal data leaks appear regularly. Let’s see what you can do about it.

According to Businesswire, over 70% of customers from the four largest banks in the USA have been using mobile banking apps in April 2020. This is a 63% increase if compared to a year before. However, there are still many who do not use mobile banking at all. The top 3 reasons for this are:

The solution to the first two reasons is quite simple: don’t build a mobile banking app that is the same as your online banking web application. Make them different. The application should be easy to use, so opt for simplicity and several key features that users need, and get rid of any useless features.

Let’s look more closely at the third reason. Indeed, according to the Synopsys Cybersecurity Research Center, out of 107 banking apps they analyzed during the COVID-19 pandemic, 88% contained at least one known vulnerability.

Let’s start with the basics. What is a native app? Native apps are designed separately for each mobile OS using the appropriate language (Object-C or Swift is used for iOS; Java or Kotlin is used for Android; however, C# can be used for both platforms if Xamarin is used for the development). A native app written for Android won’t run on iPhone and the other way around. Native apps can interact directly with the hardware and software of the device and take advantage of them, accordingly. They have been proven to be more reliable, responsive and perform better than web or hybrid apps.

Many financial institutions opt for developing mobile versions of their websites instead of developing mobile banking applications. Considering the low level of securing the connection, the data transmitted via a mobile browser can get intercepted by hackers easily. Although some mobile-optimized websites are developed on a quite sophisticated level and provide a better UX and functionality, as well as the security means similar in effectiveness to those featured in native solutions.

Native mobile apps have many advantages in terms of security in comparison to the mobile versions of the websites. They turn multi-factor authentication into a seamless user experience: for example, through face recognition via the front camera or fingerprint scanning via the Touch ID technology. With these methods, security checks don’t risk damaging the convenient user experience. You can also embed a certificate into a native app to prevent any man-in-the-middle hacks. APIs allow developers to assess risks with less effort, as it’s easier to create a risk evaluation algorithm in a native app, and it will be more accurate as it can track all the actions taken by the user.

As for costs, they depend on your ideas and the custom features you would like to include in your project, as well as who you hire and how much time the development is going to take. On average, for the iOS and Android app company it takes 6 to 12 months to fully design, test, and launch a native app. Depending on the hourly rate, the cost of a six-month development of a mobile banking app can vary from approximately €34,560 (if you hire an Eastern European company) to €81,600+ (if you make a deal with a U.S. development business).

A password alone is never enough. Passwords are easily stolen on a daily basis, or hackers convince users to share their passwords with them through one method or another. This is why you absolutely need multi-factor authentication built into your m-banking app.

Generally, there are three elements of customer authentication that can be used to prove that the user wants to log into his/her own account:

It is enough to require just two of the three elements stated above to prove the identity of the user. Fingerprint and facial recognition have become quite popular and easy to use, thus making the user experience even better. If you decide to include them in your mobile banking app development, however, keep one thing in mind: not every user possesses an iPhone, and device hardware can malfunction. So, make sure you provide your users with an option B for a more traditional authentication via a call or text.

It is also important to make sure that, after a certain period of inactivity, the login session times out.

We recommend considering implementing real-time behavior tracking features in your banking application. Their aim is to gather user data for further analysis. Such data can be useful for marketing purposes, improving UX, or, what is more important, to help verify activities in order to prevent fraudulent transactions. On the basis of data being tracked bank then can flag certain activities as abnormal ones (for example, if a user has logged in from a new location far from the usual one or if behavioral patterns seem to be unusual for this user).

Behavior tracking can be designed to gather data by monitoring the following user actions:

This, of course, is far from an exhaustive list; however, it is up to you what data to collect depending on your needs and the level of security you want to provide your users with.

—
Implementing behavior tracking can cost you upwards of €1,440, depending on how advanced and detailed you want it to be.

Encryption is what stands between a hacker who intercepts data from a wireless network and the security of the user’s bank account. Basically, if you enable encryption in your app, the data that is stored by the app or transmitted from it (or to it) is encrypted by an algorithm called cipher. The data can be decrypted and read-only by those apps or servers that hold the key used during the encryption process.

Acccording to our Android & iOS development agency observations, most banking solutions currently tend to be initially written in simplified HTML and may not imply such prominent features as geolocation and encryption at all.

Nowadays, there is a widely used standard for data encryption called the Advanced Encryption Standard (AES). The longest key possible for data encryption is the 256-bit option. In addition, 128-bit and 192-bit keys are also options, though they are less secure when it comes to hacker attacks. AES is even used for encrypting classified information by the U.S. government.

You need to make sure that you implement both on-device and on-the-go data encryption. The former option means that the data that is stored by the app on the device itself, and that data must be encrypted in order to prevent any rooting. The latter means that the data transmitted between the servers and the device must get encrypted before transmission and decryption by the recipient.

If you add encryption to the list of features you want to implement in your project, and advertise it accordingly, your potential users will trust your app enough to use it for making a financial transaction. Up-to-date encryption can add upwards of €1,440 to your mobile banking app development cost.

M-banking apps have to be tested thoroughly. You don’t want to drive a car that hasn’t been properly tested, do you?

Of course, every feature should be tested when you develop a banking app. The user experience should be flawless and seamless, all links should be correct, there can be no glitches or bugs, and the application should be able to operate under a huge load, etc. But there is one thing that you should pay particular attention to – whether your app can be easily hacked.

There are several elements that need to be tested by mobile banking app app creators for hire before the app is launched:
confidentiality of the data stored or transmitted;

Penetration tests should also be conducted to test the possibility of a hacker affecting any of the elements stated above. During such tests, an attack is simulated to determine whether all the vulnerabilities have been eliminated. The cost of this security check can vary from €1,440 if you opt for very basic testing, and up to €10,200 if you want it to be as thorough as possible.

It is easy to get lost in all the numbers. That’s why we have gathered all the necessary information on how much it would cost to develop a mobile banking application that is secure. The table below includes all the details:

It is not enough for a startup to simply build a mobile banking app that has great UI/UX and functionality. Your app must also be secure to win over potential users, because they want to feel safe when they use an application to manage their hard-earned money.

To sum it up, you need to pay close attention to:

Of course, the price of developing custom mobile apps for banks is not written in stone.

No app can be secure enough if the infrastructure behind it - the servers, databases, software, etc. – isn’t set up properly. A network of grocery stores named Wegman reported in the middle of June 2021 that the data of millions of its customers was exposed because its database was “inadvertently left open”.

To avoid it, EGO Creative Innovations came up with the isolated DevOps plans – a series of services that are guaranteed to be performed within a promised budget and timeframe to audit, set up, or improve your infrastructure according to your needs. To find out how helpful these plans might be in your particular case, contact us – as an app development agency, we’re always ready to talk and answer your questions. 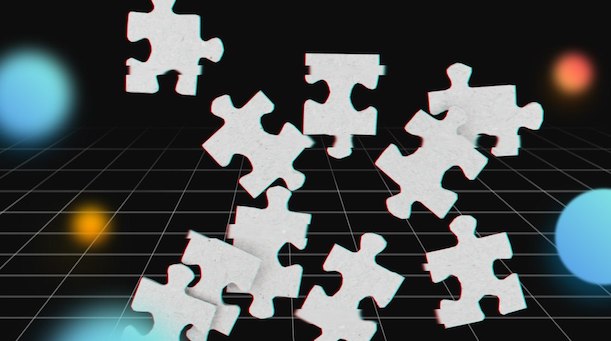 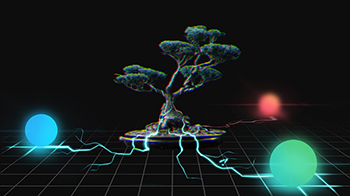 These two technologies are done to make the user experience even faster and smoother. If this is what your business may benefit from, check out this post to learn if this is applicable to you. 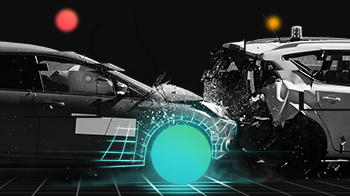 What are the biggest quality assurance challenges and the best mobile testing techniques to address them? Our QA engineer Yulia Sosedova provides a detailed answer in this post.