Every time the clients of our web development company start a new project or plan a major revamp, they begin with selecting the best new technology for it.

Indeed, you can find many articles explaining how React, or Node, or Angular brought major performance improvements for a previously laggy app, or helped get rid of troubles holding the app's further development, and scaling.

However, the plural of anecdote is not data: what worked in one case, won't work in others. To prove that point and show you that those tools are different to be compared directly, we'll make a general overview of React, Angular, and Node down below.

Angular was first released in 2010 by Google. It's a component-based MVC framework that quickly got so popular that in 2016 Google released a hugely redone Angular 2.0. Since then, it was incrementally updated and as of July 2021, the current version is 12.

(While versioning might not tell you anything specific, we state it simply to demonstrate that all of these tools have been updated many times throughout the years to remain up-to-date and offer as many possibilities for developers as possible.)

React is an open-source JavaScript library produced by Facebook. Unlike Angular, it's not a framework so it does not impose using a specific design pattern (we'll get to that later). Instead, you'll use it mostly to implement the user interface – that is, the view in the MVC pattern. It was initially released in 2013, and the current version is 17.

Node is a lightweight and efficient server-side framework built on Google Chrome's V8 JavaScript engine. Its features help build server-side, data-intensive, scalable apps. The current version is 16,  while its first version came out in 2009.

Angular vs React vs Node: Overview

In general, all of them are good enough for use by a web development firm in any project. The differences won't create significant bottlenecks in any of the aspects. As a result, when it comes to the time you'll spend setting up the project and completing the MVP, it'll appear to be mostly the same.

This is also supported by Google Trends showing the average interest for these technologies over time differs slightly, while the current situation can change due to the factors independent of the actual quality of the tools.

If compared functionally, we should first note that Node.js is required to install React and Angular, which technically should put it out of the competition.

But Angular uses its own libraries mostly, while React, being a single library itself, requires installing other components to handle other requirements. As a result, a React-based code will be more complex yet allow more flexibility. And an Angular-based project will provide more capabilities while demanding more resources and a specific approach to the code structure.

And before we dive into smaller yet important details, here's a short table listing the main differences between the three tools.

Every discussed tool is written in and utilizes a specific programming language.

If you select Node or Angular, you'll be able to write apps in JavaScript or its extended version named TypeScript. TypeScript is usually more preferable over JavaScript, as the code written with it is more compact and also easier to debug.

React is based on JSX, which is short for JavaScript XML. JSX is more friendly to new developers compared to pure JavaScript due to it being a template language with a typing system that analyzes code.

The language alone shouldn't be a crucial reason to select a development tool for your project. And it never is for our web application development company. Instead, the personal preferences of your developers might matter a lot.

Of all the multitude of technical differences between React, Angular and Node we decided to stop on data binding and DOM only, since these are the most distinctive things in those tools.

Data binding is the way for your app to synchronize its user interface and logic.

In React, when you update the part of the app (its component or model), this change will be seen in the UI. For instance, if you update the name of the user owning the copy of the app, it can be immediately represented in the user interface.

However, it won't work vice versa – at least, not by default. If a user decides to change his name via the user interface, you'll need to write additional code to process this change. This can be done easily via callbacks or Redux, a state management library, but still, it's an extra hassle.

DOM stands for Document Object Model. It represents a tree structure of the project’s HTML objects. Angular uses a Real DOM, which means every time you need to make a change to at least one object in the tree, the whole tree needs to be updated. This is extremely ineffective.

React went the other way by utilizing virtual DOM. It works as a middleman helping figure out which objects in the real DOM should be updated (instead of updating the whole DOM every time). This makes a spectacular positive difference in the performance of React compared to Angular.

Data binding and DOM for many web application company developers appear to be the key reasons for switching to either React or Angular.

Since Angular is a full-fledged framework, you'll need to learn a lot of things on top of TypeScript to master it, from basic concepts like services and decorators to more complicated constructs such as RxJS and observables. Some of them might not be used in your current project, but you will still need to learn them to understand Angular's structure and component management. This is what Angular was criticized for in the early days.

However, the error messages in Angular are very clear, so debugging and advancing with your skills is faster and easier.

With React, you'll quickly find that in addition to learning it you will also most probably need to master working with other tools, such as routing and state management libraries necessary to build an app.

And since React is just a library, you'll need to spend some time spending best practices on setting up the project and doing other things right.

Another thing to consider is the fact that React is updated often, and keeping up with changes is not that easy, our developers report.

With Node, it will take you a few days only to learn it if you're already familiar with JavaScript. Most of your efforts will be aimed at learning the concepts of backend development, such as database querying and incoming request routing.

On the other hand, Node has built-in APIs allowing making all kinds of servers: DNS, TCP, HTTP servers, and others. So learning Node will make you a more versatile developer.

Bottom line. So is there one that is the best?

First, let's be honest: this article could be much longer.

We could dive into the ideas of dependency injection, routing, multi-threading, and other technical doohickeys which may also matter for technical specialists.

However, that won't change a somewhat useless conclusion that there's no ultimately best tool out there, neither for a startup nor for an outsource web development company. You can even notice in the table above that Microsoft uses all of them in different projects of theirs.

That's because there's no way to precisely say how much time or resources were lost due to selecting the 'wrong' tool.

What a professional development team does instead is it applies its experience to evaluate the project's challenges and the time required to cope with them using different tools.

So it actually all comes down to the expertise of your development team rather than the pros and cons of the tools.

And even that expertise might differ for different teams. In technical comparison articles we often find the next conclusions:

Even if it's true for the authors of those articles, it is still too subjective to be sure it'll be true under any circumstances. Every development project and team is just too different.

If you want to have a better understanding of how React, Angular and Node will fit your project's needs, let's better have a talk. Tell us a bit about your project, and our best web development agency experts will hop on a 1-hour call to discuss everything you're worried about. Check out our Free consultation page to find out more about this offer. 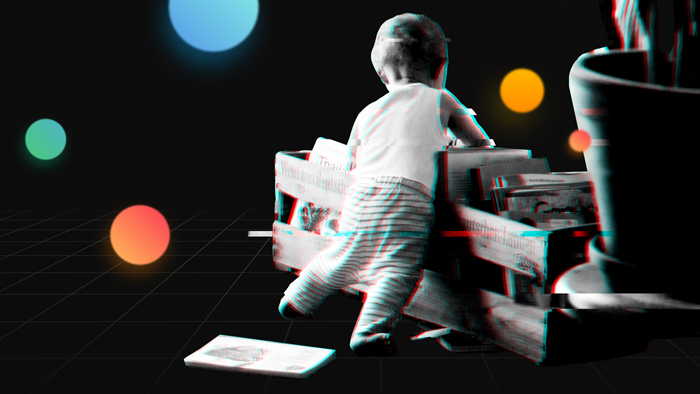 The tech news is already filled with the ongoing development of Meta's virtual universe or accessories to help you extend the reality you see. But how does all of that affect the EdTech user interfaces in particular? 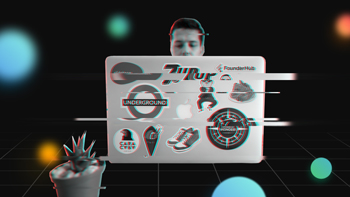 Introduction to Branding for UI/UX Designers

In this post, you’ll find out what branding is and how it helps designers build products faster. 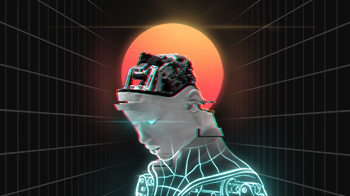 In 2017, our Chief Business Development Officer Bogdan Yosava visited Web Summit and shared his photos and impressions on robot Sophia, Stephen Hawking, AI and more in this blog post.